The Montreal Irish Monument Park Foundation Board of Directors is a dynamic group of passionate and dedicated individuals with four volunteers from the Irish community of Montreal, a representative from Hydro-Quebec and observers from the Ville de Montreal.

We also must recognize the many individuals who lent their support, their names and their energy to the cause of the Park Foundation over the years. Our sincere thanks to all of you. 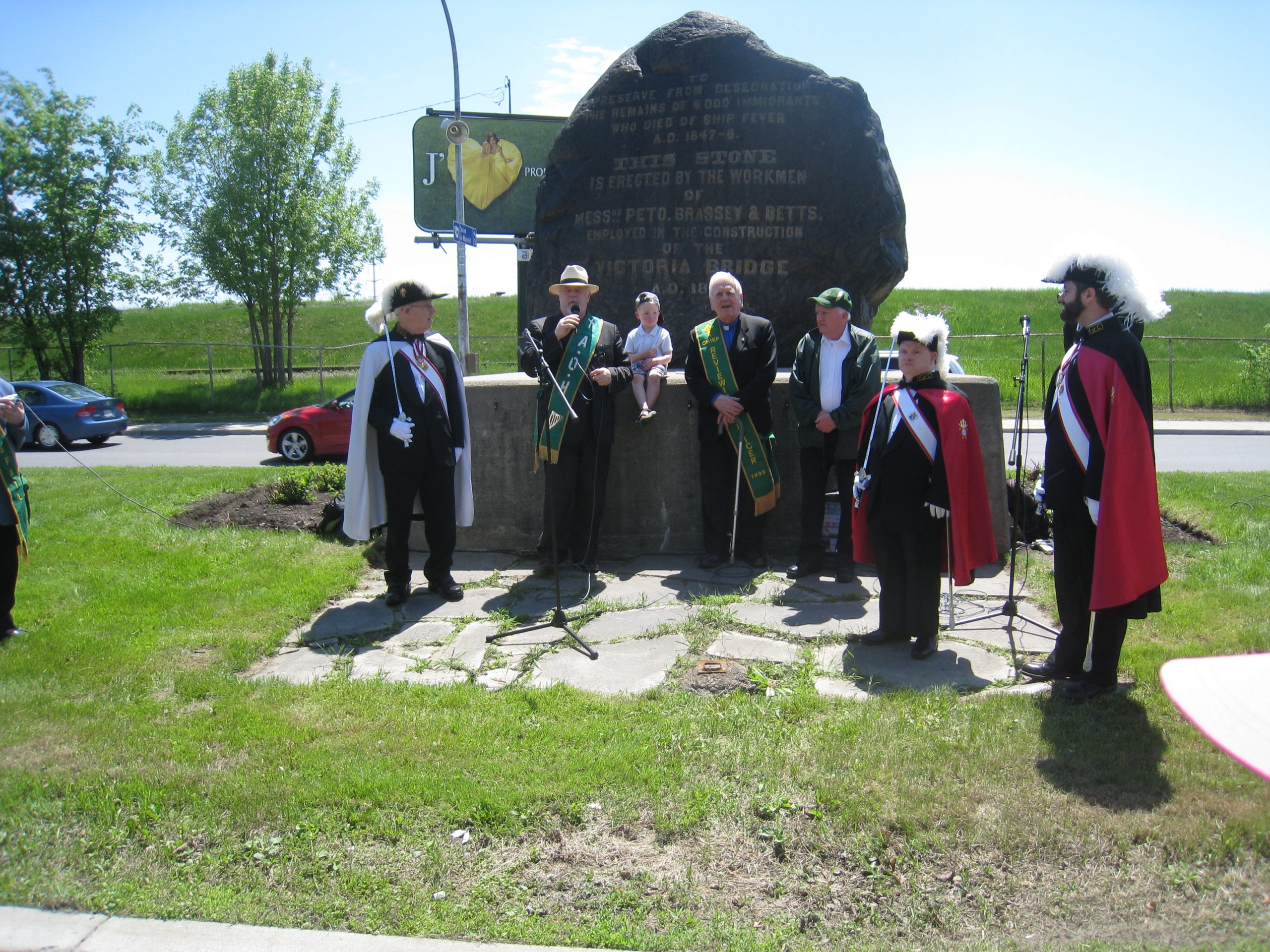 Director – Committee for the Commemorations of Irish Famine Victims (Ireland) 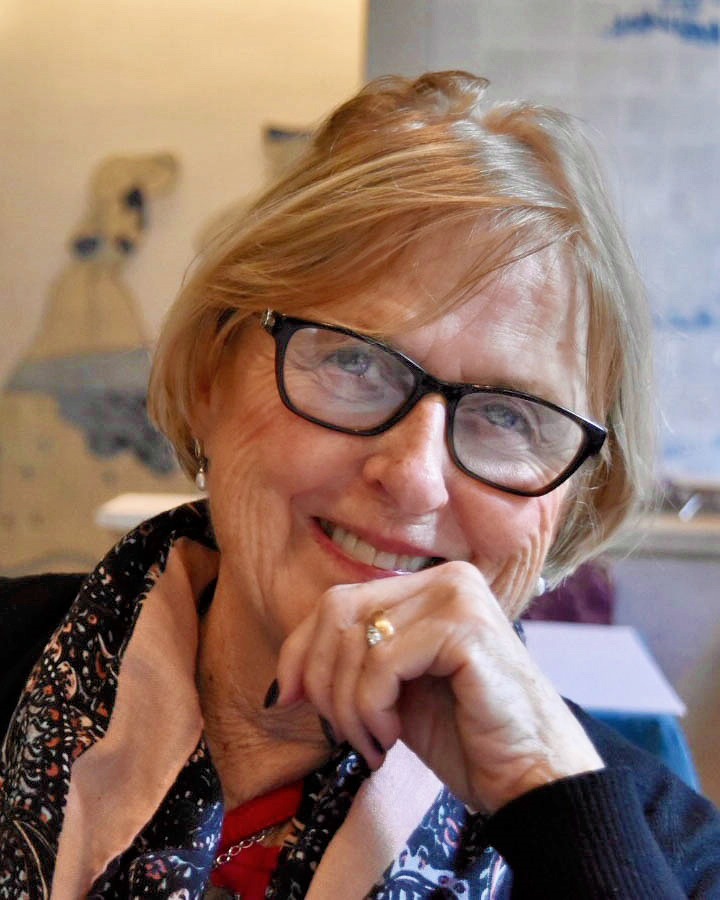 Lynn is a Director of the Montreal Irish Monument Park Foundation and serves on the Finance/Fund-Raising Committee.

Born in Buckingham, Quebec, Lynn has spent her adult life in Montreal where she received a Bachelor of Education degree from the University of Montreal and an Honours English degree from Loyola College. After teaching for several years, Lynn and her husband Paul Doyle, started a fundraising business which she ran until she retired.

After her two sons graduated from Loyola High School, Lynn was invited to join the Board of Governors of the school. She also served on the Parent’s Committee of Villa Maria High School where her daughter graduated.

She served on the board of the St. Patrick’s Square Foundation for twelve years and is proud to be a Warden of St. Patrick’s Basilica.

Lynn continues to chair Cine Gael Montreal which is in the 30th year of screening Irish films at Concordia University’s De Seve Cinema. 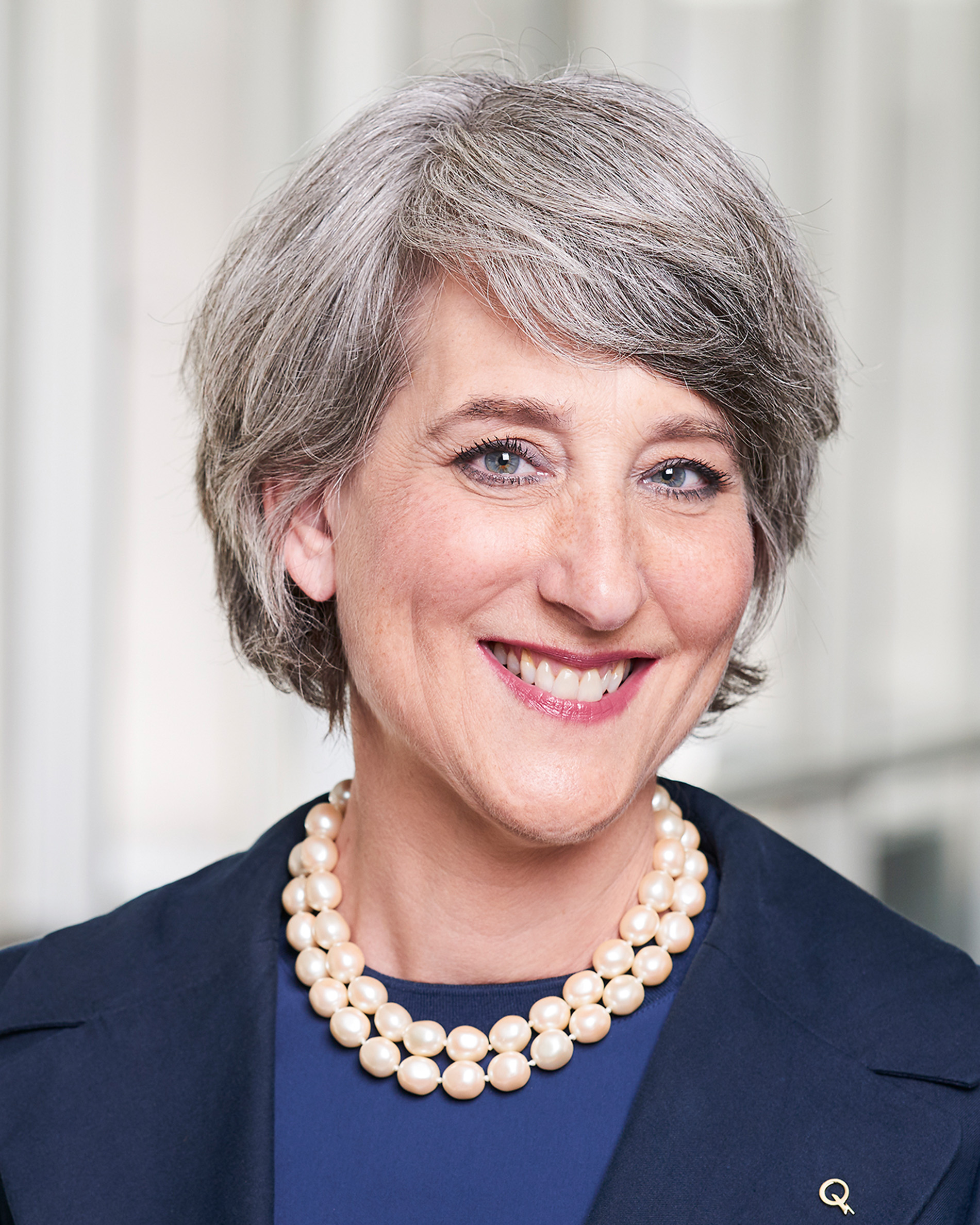 Marie-Claude Durand joined Hydro-Québec in 1992 as a public affairs advisor. In this capacity, she provides strategic advice on issues management, communications and public affairs to generate support for the company’s projects. In 2000, she took charge of the Investor Relations team, responsible for informing analysts and institutional investors of growth strategies as well as managing relationships with rating agencies. In 2015, she was appointed Manager – Community Relations – Island of Montreal.

Before joining Hydro-Québec, she worked in the aerospace industry in Boston, Washington, Strasbourg and Ottawa.

Marie-Claude Durand holds a bachelor’s degree in history from the University of Montreal and a master’s degree in public affairs from Boston University. She holds a certification from the Ivey School of Business of the University of Western Ontario in Investor Relations as well as the Canadian Securities Institute Course on Investement Management and Trading.

Marie-Claude sits on the board of directors of the Chambre de commerce de l’Est de Montréal and of the West Island of Montreal Chamber of Commerce. 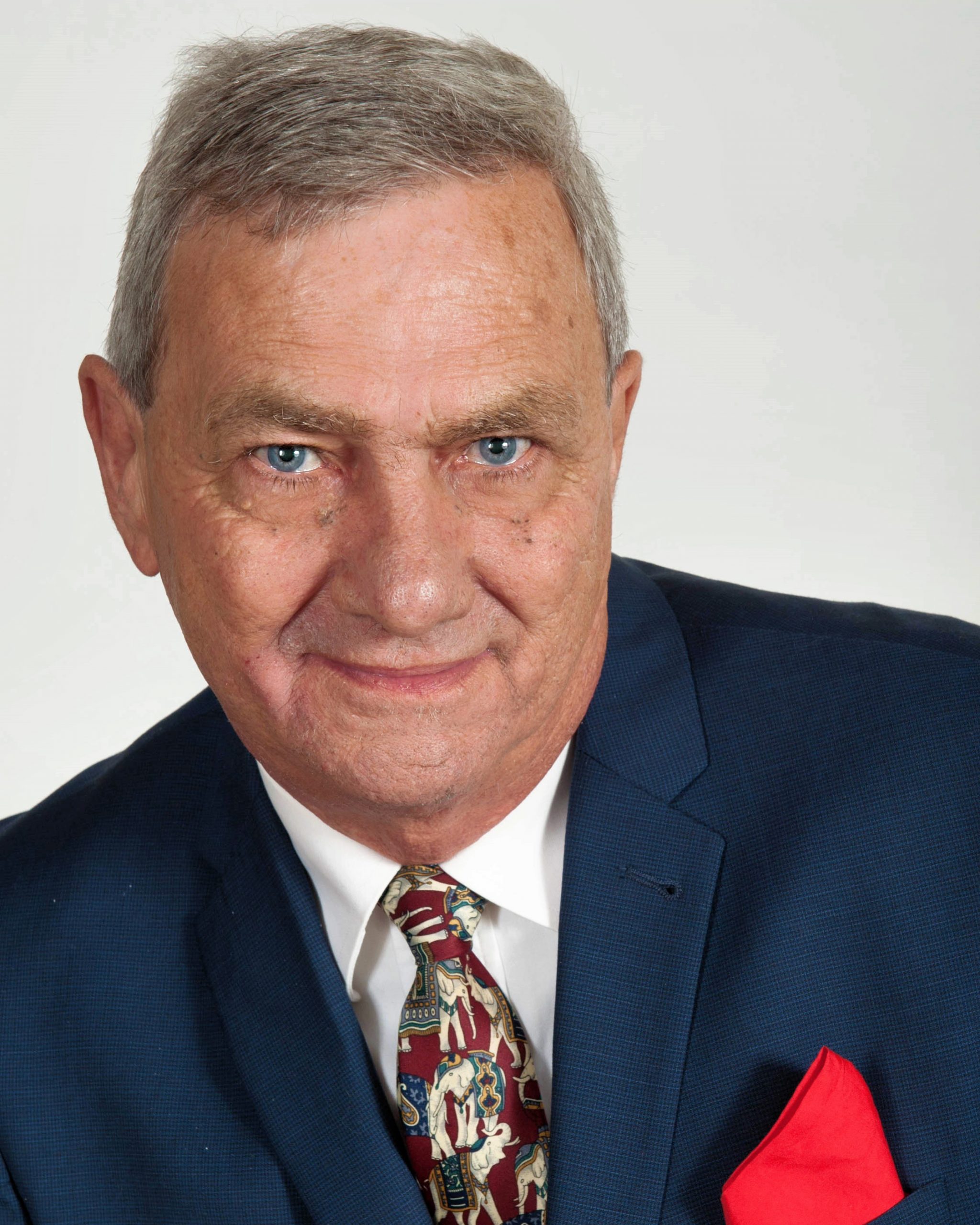 Fergus Keyes, with 100% Irish heritage, was born and raised in Montreal.

He retired after a successful career in senior management positions in the Canadian private security industry.

He then attended McMaster University & the DeGroote School of Business where he earned a degree as a Chartered Director with a speciality in Board of Directors and Governance issues.

He was much involved in an effort to restore an old Irish cemetery at Saint-Colomban, Quebec; and for more than 10 years – he has been involved in the efforts of the Montreal Irish Monument Park Foundation, and the project to build a world class memorial space around the Black Rock.

Over the years, Fergus has made approximately 50 presentations to a variety of individuals, groups, and elected politicians and media representatives in order to gain support for the project. 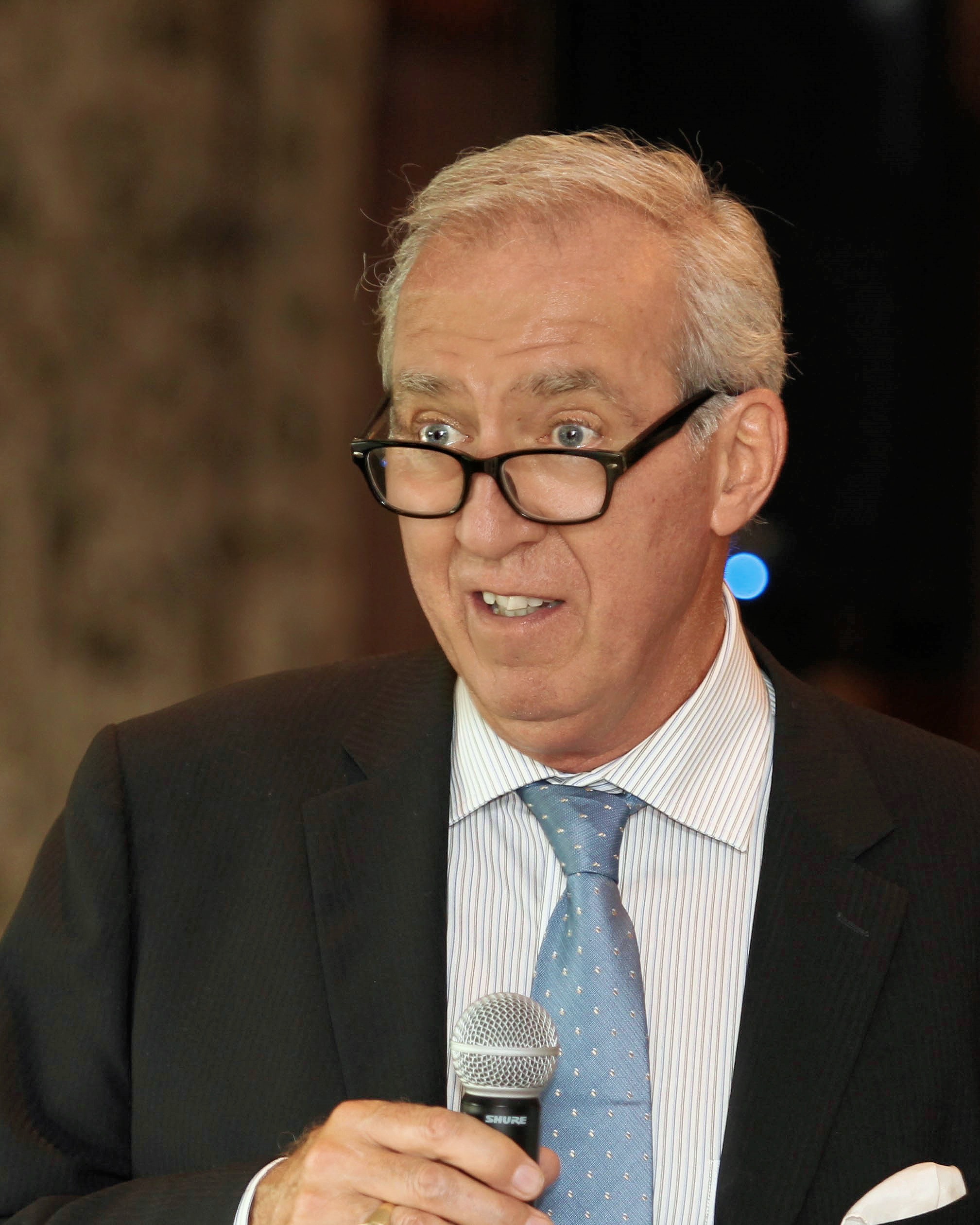 Scott is a 6th generation Irish Quebecer whose ancestors hail from just outside Kilkenny in Ireland and whose family emigrated to Canada in the 1820s and settled in a community near Mirabel north of Montreal called St. Columban.

A graduate of Loyola High School and Concordia University, Scott was a well known entrepreneur in Montreal owning and operating a small chain of five car stereo and car accessory stores in the 1980s as well as a consumer electronics retail store called La Boutique Electronique and five Bell independently contracted Bell retail outlets from the early 1990s until his retirement in 2014.

Scott has been an active volunteer serving in many senior positions in not-for-profit organizations such as the Loyola High School Alumni Association (President 1999- 2003), the Independent Communications Dealer Association of Canada (President and Chairman 2004-2011), the St. Patrick’s Society of Montreal (President 2016 to 2018), the St. Patrick’s Development Foundation (Director 2018 to date) and of course as Director of the Montreal Irish Monument Park Foundation since 2020 and as President of its Finance and Fundraising Committee.

He continues to work as a consultant for small businesses in the Montreal area and is married with three grown children and one grandchild.

Many thanks go to our Donors and Supporters